A Promotion is a Good Thing, Right? 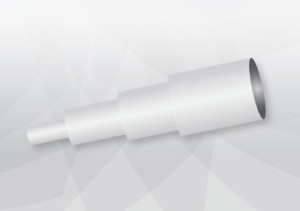 In the past few months, I’ve spoken to several people who have either been offered promotions or have promotions looming in their future. If you were offered a promotion, I’m sure your immediate response would be: “Wonderful!” After all, a promotion is an acknowledgment of outstanding achievement. Not everyone gets promoted and you’ve been singled out amongst your peers to be honored with this distinction.

Invariably, in my discussions, the first thing people mention relative to the promotion is “The Money.” Oh, won’t that extra money be nice? Soon after the money discussion, the other aspects of the new position enter the discussion. I’ve recently heard of promotions that involve a relocation to a new less desirable city. Another required a move into a management role.

Some people aren’t enamored with the prospect of supervising others. Some because they’ve done it in the past while others don’t want to relinquish responsibilities they currently enjoy. I’ve heard of companies recently, especially in the software arena, where some “doers” make more than their managers. Think about it: In professional sports don’t many of the players make more than the coaches? Typically in the software world, managers are much easier to find than the people they “manage.”

As you consider your promotion, consider the entire picture, the expectations as well as other pluses and minuses. As you move up the ladder, you trade off the number of available positions for height in the corporate structure. For example, how many software engineering developer positions are available for every management position? You could be moving yourself into a much more vulnerable position.

Another consideration is: How will you be perceived if you don’t take the promotion?

Hopefully, you have been “offered” a promotion, which implies a choice on your part to accept it or not. Thinking about the decision after the glow of being chosen wears off will help you make a choice that you’ll feel good about.

My hope is that after careful consideration, you will decide that the promotion is exactly what you want and you will have fun spending that extra money!