Finding a Place of My Own: When You Work with Your Spouse 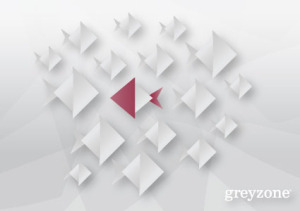 If you were told that you had to work with your spouse for the rest of your working years, how would you respond? Would you find the nearest exit? Would you laugh so hard at the absurdity of the idea?

Working with my husband is not foreign to me, we met while working together. It’s all I’ve ever known. Most people can’t wrap their heads around the idea of working together, and they swear they would go insane if that was the life they had to live.

Work with your spouse then go home and see your spouse. Repeat for the next 40 years. There is no separation. None whatsoever. You cannot complain to him about your boss, because he is your boss.

After many years of working together and three kids later, I realized that the lack of separation was taking a toll on us. We were fortunate to acquire an au pair, and that alleviated some of the stress, but there was still the constant time together. We became moody, angry and very short with each other. We knew it was time to fix this or we were heading down a very dangerous path for our marriage.

It took my husband some time to come around to the idea of supporting me in finding new employment. He did not want me to leave. I’m going to be up front about my skills and ability in regards to my current position at his law office; I’m damn good at what I do. I know what I’m doing and I do it well. Our clients and other attorneys love working with me because they say that the tone of my voice is very calming and I keep my cool. When others panic, I do not. I keep it together, because someone has too. I take on the high maintenance clients that no one else wants. I know I’m a huge value to him and his office. But I’m not happy. It’s not what I want to do for the rest of my working life. While he’d achieved his dream, it wasn’t necessarily mine. I’ve learned about myself that while i enjoy working alongside him, I do not enjoy working “for him”.  I try to teach my kids to follow their dreams and their heart, so why would I set a different example and ignore my dreams? I know it makes him sad, but I wish his sadness wouldn’t make me feel guilty for leaving.

I don’t have a full wall of degrees like he has. I have years and years of experience but some employers don’t see that as a replacement for education. It’s also been more than twenty years since I have interviewed for a job. Before working with my spouse, my jobs had always been “given” to me without an interview. But I knew that wasn’t likely going to be the case now.

I began my search and found a position I was interested in. I applied and got the interview. I reached out to people I knew, and those I did not, for advice on interviewing, putting together my resume, preparing my interview questions and more. The day of the interview arrived. I felt it went very well and was excited to hear back from them with an offer. My husband was also excited for me at this point, so together we waited in anticipation. Three days went by and I heard nothing. A week went by and still nothing. I started to think back to the interview. Could I have answered their questions better? Did I dress well enough? Did I seem confident or too overly confident? I reached out to the people who interviewed me for an update and was told that the position had been offered to someone else.

I had stepped out of my comfort zone and taken a huge risk by making myself vulnerable. I felt everything all at once. I was angry with myself for allowing the idea of a new change to excite me. I was frustrated that I would not be able to help our financial situation with a better paying job. I was doubtful of my ability to do any job other than what I’d been doing. I felt like an idiot. It was that simple. My depression started to kick in telling me I was foolish for ever trying to be something more than what I am.

I like to keep my emotions under control. I can handle disappointment. I feel it’s a part of life and you have to roll with it. But I’m tired of feeling that I always have to settle. I constantly have to keep someone else happy, so the boat doesn’t rock too hard, or we’ll tip over. I don’t want to do that anymore, because at the end of the day, when I’m lying in bed thinking of what my life would had been had I made different choices when I was younger, perhaps been a louder advocate for myself, where would I be now.

I’m not giving up on myself or my happiness. I will find where I belong. Even if it’s only for a short time. Because I don’t deserve any less. Not anymore.