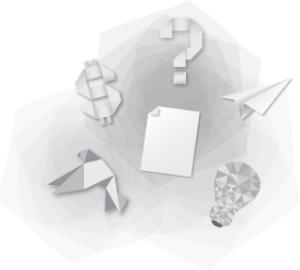 Several months ago, I met a new client who has an old story. His name is Jim. He’s a C-suite executive who has been with his company for many years, and he’s worried.

Jim’s company just brought in a new CEO, and the new CEO is upending everything: looking for inefficiencies, hiring new people and outsourcing a lot of functions. A lot of Jim’s areas are likely outsourcing targets.

People in Jim’s situation usually look for ways to “protect” themselves. But that’s precisely the wrong approach. The right approach is to build a resilient career — a career that can flex, evolve and grow in the face of change.

It’s always the right time to think about building a resilient career, whether you’re facing a situation like Jim’s or not. Here are the most important steps.

Learn to embrace change with curiosity.

Two-thousand years ago, the Greek philosopher Heraclitus said, “Change is the only constant in life.” That idea is especially relevant in today’s business world. Technology is driving a ferocious pace of change. Disruption is everywhere, and we’re seeing companies rise and fall faster than ever before. Consider this: Almost 50% of the S&P 500 are expected to be replaced over the next 10 years, and many with companies we haven’t even heard of yet.

Most people struggle with this level of change. It’s frightening because people instinctively crave predictability, especially in areas as fundamental as their livelihood. But, resilience means learning to resist the instinct for certainty and to embrace change as a source of new opportunity.

The best way to embrace change is through curiosity. Rather than giving in to fear, become deeply curious about the change. In Jim’s case, this meant letting go of his fear, becoming deeply curious about potential untapped opportunities across his areas and questioning many of his long-held beliefs. Jim has found that this new mindset is delivering an unexpected benefit: Because of his deep expertise and historical knowledge, he’s able to find more innovative solutions than many of the newcomers. The new CEO has noticed, and he’s impressed. Much to Jim’s surprise, the organizational change has become a great platform for him to showcase his expertise.

The key was learning to embrace change with curiosity rather than resistance.

Advancing technology is another point of career anxiety for a lot of people. A recent Pew study showed that 72% of Americans worry about job loss to technology. And, it’s not just about low-skilled workers who feel under threat. Spectacular advances in artificial intelligence are now encroaching on high-skilled jobs too.

For example, some computers can now interpret CAT scans, MRIs and X-rays at levels of accuracy that rival highly trained radiologists. Things that were once science fiction are rapidly becoming business fact, and it can be unsettling.

A recent McKinsey and Co. article, Where Machines Could Replace Humans, cuts through the fear and gives a good perspective. McKinsey found that, in reality, very few jobs (only 5%) can be completely replaced by current technology. However, a significant portion of the tasks people currently perform in their jobs can be automated. On average, almost 45% of job activities can be automated with the technology available right now. And again, it’s not just low-skilled work. This also includes occupations like financial managers and senior executives. McKinsey estimates that 20% of the tasks performed by a CEO could be automated.

In the future, people at all levels will increasingly work side-by-side with new technology, and they will need to connaturally upgrade their skills to stay abreast of ever-advancing technology.

Career resilience means a commitment to the practice of life-long learning and reimagining what we’ve traditionally seen as education. In the past, an education was something most people acquired in the first 18 to 25 years of life, and that provided the skills to support a 40-year career. That’s no longer a realistic proposition. Education is now an ongoing, life-long pursuit.

In the past, most careers had far more predictability and certainty, but they also had far less opportunity for imagination and creativity. In our parents’ generation, most people found a job, progressed along a largely linear career path (sometimes with a single employer), and looked forward to retirement.

Today’s careers are dynamic and nonlinear. Many people are employed as contract workers, and many companies don’t look at investing in employees for the long-term. To be resilient, today’s professionals, rather than relying on a “career path,” must create their own “career journeys” — journeys that will likely include lots of change, multiple employers and evolving skill sets. When leveraged well, a career journey can be an exciting prospect because it can be whatever you want to create.

Here are four steps to consider in creating an exciting career journey:

2. Create a one, three and five-year vision for yourself. This should be a mental image of what you want to accomplish and where you want to be. There will be change, and the vision will evolve, but you should have an idea of your objectives.

Bio:Gerry Valentine is an executive coach and public speaker with 25 yrs. Fortune 100 experience. He advises business leaders and entrepreneurs.