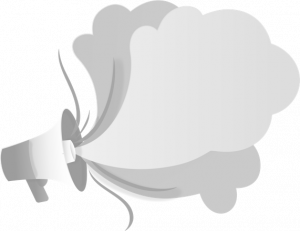 Too often we believe we’re being assertive and direct, yet the person we’re addressing doesn’t seem to be getting the message. We feel as if we’re shouting, yet they appear to hear only whispers. We drop hints and think we’re being obvious with our needs, but the message isn’t landing. Most importantly, they’re not taking the action we need them to take.

When this happens in the workplace, we grow more and more frustrated and impatient. We start thinking about quitting. “They don’t value us,” we surmise, and begin a search for a workplace where we’ll be appreciated.

Sometimes our asks are for more resources, especially when we’re feeling overwhelmed by our workloads. Sometimes we’re asking for a raise because it’s been a long time since our salaries have seen any significant increases. Other times, we seek new challenges when our roles feel rote, routine and we’re really bored. Whatever the asks, too often they’re ignored or delayed, deemed not urgent. We interpret that lack of action as the other parties’ ambivalence to our situation.

Does any of this sound familiar? Have I struck a chord? If so, you’re in good company. This theme shows up repeatedly with the individuals I coach.

So where is the disconnect?

Being assertive often requires us to step into the proverbial arena (a concept I learned through Brené Brown who was inspired by Teddy Roosevelt). The arena is authentic engagement, and the arena appears whenever we choose to place ourselves into situations that “define what it means to be vulnerable,” as Brené explains. The arena forces us to face uncertainty, risks, challenges, and oftentimes emotional exposure. Critics live in the arena so perfectionism has no place there. But real growth doesn’t happen on the sidelines. So each difficult conversation becomes a choice: to choose growth over comfort. And when we’re being honest with ourselves, the perceived comfort is often not actually comfortable, but merely familiar.

Here are my 5 keys on how to enter and communicate within the arena:

Stepping into the arena can bring tears. It’s truly uncomfortable, which is why we often hope that our whispers from the sidelines will be heard. But once we find the courage to try, we’re often met with surprising results. I recently coached a client to ask her boss for a raise. She followed my steps, even though she was quivering all the way, and the result was outstanding: She got more than she anticipated! Her response to me afterward? “Why did I wait so long?”

I’ll leave you with a story from my years in corporate:

I was in my late twenties, living in Colorado and working in recruiting for a tech company. I was tasked with helping the EMEA (Europe, Middle East, Africa) office build out its staff. The Managing Director for EMEA and I had a fabulous working relationship and really loved our long conversations, which weren’t always work-related. One day, he suggested that I should come to England so we could do some of the recruiting together in person.

Let me set the background here: I am a true Anglophile, obsessed with Queen Elizabeth I so much that I named my daughter Elizabeth. And I had never been to England.

I immediately asked my boss if I could go. She offered a sad smile. “HR doesn’t have travel budgets for such trips as this,” she said, adding that she really wished she could send me.

But I wasn’t deterred.

I was doing all the staffing for Sales, and Sales has money. So I marched myself into the VP of Sales’ office and asked if he would pay for me to go to Europe for the recruiting trip.

I had stepped into the arena, and the response was laughter. But I was still in the arena, and this was not only a trip to Europe, it was England. I wasn’t leaving without fighting my way out.

“Can’t you Skype for these interviews?” he asked. (This was 2001, pre-Zoom.) Yes, I had been Skyping for the interviews, but that’s not the same as interviewing in person. I pulled out some chutzpah from a deep well inside me.

“Listen,” I said, bringing that nerve up to my throat chakra; it was time to fight. “I do all your hiring, and when Sales reps perform well, they get to go to club. (Club is an all-expenses paid vacation to a destination such as the Caribbean or Hawaii and includes their spouses.) I don’t get a club working in HR. This is my club.”

I had his attention! I got an even bigger laugh. I have no idea why this came out next, but I was on a roll: I said “And my sister is in Ireland for the summer, and I’d like to tag on a trip to see her while I’m over there.” He couldn’t believe my audacity, my persistence, and my conviction. But my audience was the head of Sales, and there’s nothing Sales loves more than a persistent pitch.

He was still chuckling when he said, “Go get your plane ticket.”

And that, my friends, is how I got my company to pay for my first trip to Europe, how I achieved my dream of seeing England, and yes, even enjoyed a long weekend in Ireland with my sister.

You don’t get what you don’t ask for. But you can’t be meek. You can’t insinuate your wishes. You have to step into that arena and be bold and be prepared to hear the word “No,” knowing that if they say “Yes”—and sometimes they do—it will be so very, very worth it.