The Accidental Networker: A Tale of Job Search Success 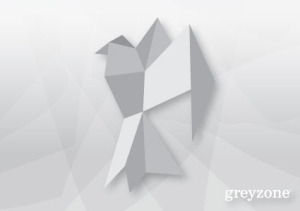 Over and over I tell my clients how important it is to network during their job search. To that end, I’m sharing a client’s story of “accidental” networking. It is my hope that, in turn, it inspires you.

A client of mine—I’ll call him Kevin—was an ideal match for a job posting for a Denver company that I’ll call RightTurn. Kevin applied and drifted into the proverbial black hole of RightTurn’s recruiting portal. He heard nothing for nearly two weeks.

“We need to start some sleuthing,” I speculated, and I turned to my network to uncover who was handling the internal recruiting for RightTurn. My research revealed the name of the vice president of HR.

Kevin checked the VP’s name against his LinkedIn connections and discovered that he had a second-degree connection to the VP through a former colleague. Kevin emailed this friend, who emailed the RightTurn VP, who instructed an internal recruiter to dig out Kevin’s résumé and call him immediately for an interview.

Before the interview, Kevin called a friend to ask if she would like to grab lunch while he was in the area. Over lunch, the friend asked what had brought him to her part of the city that day.

“A job interview,” Kevin answered. “I’m looking for something new.”

“Oh?” replied the friend. “I didn’t know you were looking. We have an opening at my company, LeftTurn. You should apply.”

So Kevin applied and got called for yet another interview, this time at LeftTurn. As the LeftTurn opportunity reached the offer stage, Kevin reached out to a former manager to alert him that he might be contacted for a reference.

“Oh,” replied the former manager, “I didn’t know that you were looking for a new job. We have something at my company, AboutFace.”

As I write, Kevin is juggling final interviews and offers from three potential employers. Two weeks ago he was feeling frustrated because he had no good job prospects on the horizon. Such is the power of networking: it can “accidentally” take you in directions you never imagined.

Nearly 2 years later I’m happy to report that Kevin did in fact land one of those roles and has been happily employed ever since.